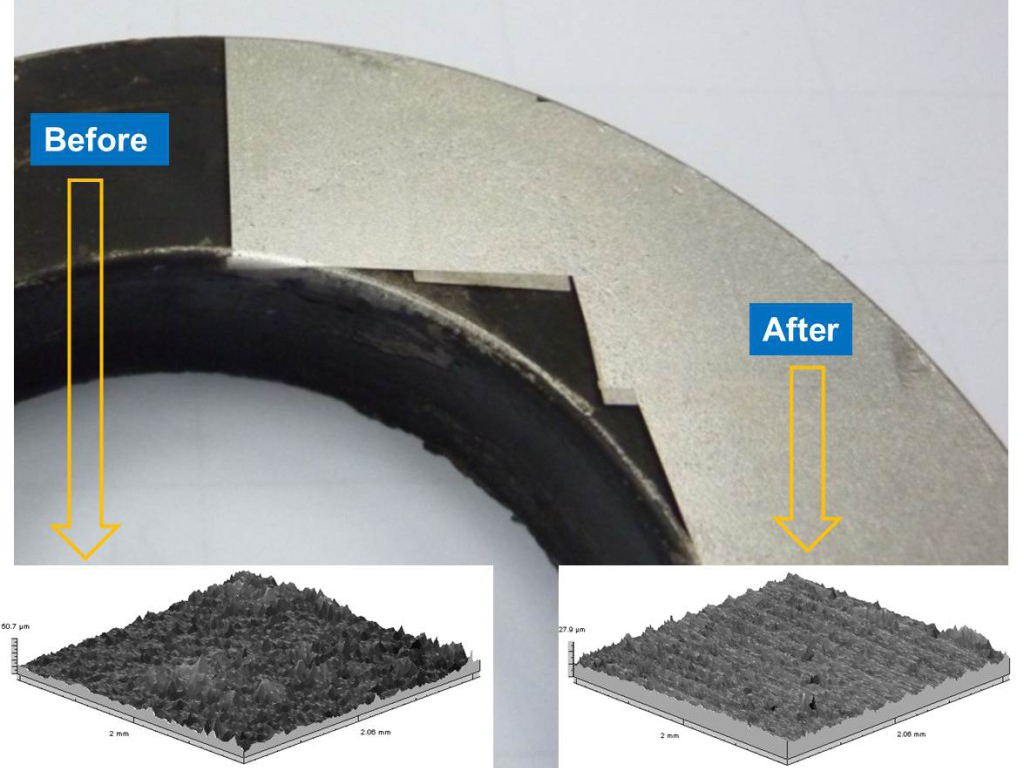 Carbonaceous deposits covering the surfaces of combustion engine components are known to cause abrasive wear, leading to increased oil consumption and reduce engine durability as well as performance. Remanufacturing is the process acting on end-of-life products to recover manufacturing standards and specifications. Dr. Yingchun Guan from Singapore Institute of Manufacturing Technology (SIMTech), Agency for Science, Technology and Research (A*STAR), and her co-workers have shown how laser technique may be used to remove stubborn carbonaceous deposits without degradation to substrate component.

Laser processing under normal atmospheric conditions may be considered as an environmentally friendly process where no chemicals were used. It has been demonstrated that micron to sub-micron sized surface particulates, corrosion spots as well as thin contamination layer may be cleanly removed without severe damage to the parent substrate. Typical applications include coating or paint removal, biomedical implants decontamination, artwork and cultural heritage conservation and restoration.

Guan and co-workers investigated how laser is used to completely removed carbon deposits from steel and aluminium pistons in a one-step process. “The laser used in this work is a nanosecond pulse width and high peak power Nd:YAG laser with a top-hat beam profiler. The uniform energy distribution is suitable for achieving a uniform clean surface.” Guan explains. By carrying out chemical and topography analysis of the contaminated surfaces, the researchers found that carbonaceous deposits with average thickness of 20 µm were removed completely after laser cleaning. Compared to the contaminated surfaces, laser cleaned regions became smoother and original machinery tracks remained (see Figure 1 and 2). Cross-sectional microstructure investigation of the laser cleaned regions showed that the recast layer was 2 to 3 micron thick with no phase or morphology changes occurred in the microstructures.

Our findings have demonstrated that laser cleaning technology may be used to remove highly stubborn surface coatings without causing undesirable thermal effects on the original parent material. The team’s approach in developing an effective and environmentally friendly method of recovering components has attracted interests from the remanufacturing and maintenance and overhaul (MRO) industry.