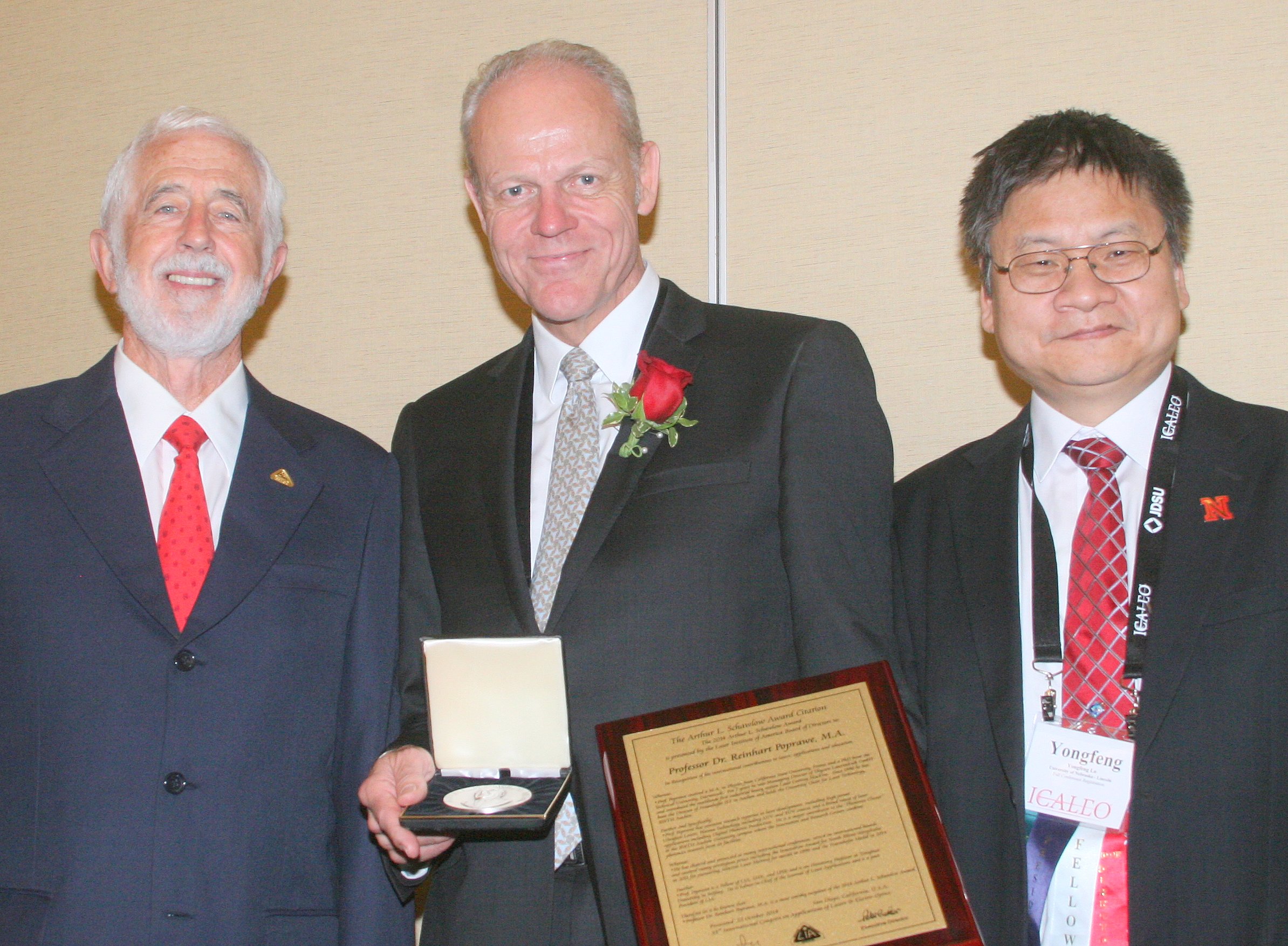 ORLANDO, FL, Nov. 10, 2014 — A new peer-review process for select presentations and a host of novel laser research expanded on the tradition and impact of 33rd installment of the Laser Institute of America’s flagship conference in San Diego on Oct. 19-23.

The International Congress on Applications of Lasers & Electro-Optics (ICALEO®) featured 56 presentations given at least two reviews in a double-blind process, said returning General Chair Stefan Kaierle of Laser Zentrum Hanover. “We believe it was necessary… to change the way we present our work and especially to improve the quality.” About 35 to 40 papers will be published in a special edition of the Journal of Laser Applications, he said.

ICALEO featured another smorgasbord of laser research and experimentation spanning the traditional and the novel — from 3D printing of human cells and killing malaria-carrying mosquitoes to powering a small flying craft and improving the dyeing and patterning of textiles.

Opening the proceedings with the first plenary, Karsten Danzmann of the Max Planck Institute for Gravitational Physics discussed how lasers listen to colliding galaxies, white dwarfs (dead stars) and black holes. “We now have a large heritage of lasers that are flying,” he explained. “Neodymium YAG lasers are flying on many, many missions and will be flying on even more missions,” including the LISA Pathfinder scheduled for next year.

Highlights of the roughly 200 presentations included:

“I think the first time I attended ICALEO was 1986 in San Diego,” Li recalled. “Lots of new science and technology have been reported at this conference.”

Said Frederick Buldhaupt, a Boeing laser processing technician and returning attendee, “It’s very informative, and it’s a great way to network and meet new faces. It’s a wealth of information (and) a very good use of time.”

First-time presenters Isaac Adebiyi of Tshwane University of Technology in Pretoria, South Africa, and Stephen Tate, a graduate research assistant at the Colorado School of Mines, found ICALEO to be a revelation.

“It’s been a wonderful time,” Adebiyi noted. “I really enjoyed this gathering. I’ve learned a lot about different fields and applications. At this conference, I’ve seen that lasers are involved in applications I never thought of.” Added Tate, “It was interesting seeing a lot of the international (research) that I don’t typically get exposure to.”

At the end of the conference, Kaierle announced Silke Pflueger of DirectPhotonics as Congress General Chair of ICALEO 2015, to be held Oct. 18-22 in Atlanta. Online versions of the ICALEO 2014 proceedings are available for $180 ($150 for members) at www.lia.org/store. For more information on ICALEO 2015, visit www.icaleo.org.

The Laser Institute of America (LIA) is the professional society for laser applications and safety serving the industrial, educational, medical, research and government communities throughout the world since 1968. www.lia.org, 13501 Ingenuity Drive, Ste 128, Orlando, FL 32826, +1.407.380.1553.