Liège, 7/10/2019 – LASEA, one of the world leaders in laser micromachining, has announced
it is tripling its equity and entering a new growth phase in its various markets. The current
shareholders (Epimède, SRIW, Noshaq and private shareholders) are backing this operation to
the tune of 6.1 million euros (first phase) to which will be added almost 10 million euros thanks
to additional support from Europe and the Walloon Region.

With annual organic growth of 32% since 2012, in 7 years, LASEA has multiplied its revenue and its
workforce by 7. Now the European leader of femtosecond laser micromachining, it is rapidly
increasing its market shares in the USA and Japan.

LASEA machines are used for cutting, marking and texturing materials with unrivalled quality and
precision (up to 0.2μm, i.e. 250x smaller than the width of a human hair). With cutting-edge R&D at
the international level, it regularly initiates innovations well in advance of the state of the art (cutting
with no conicity, bio-mimicry, machining along 7 axes simultaneously, etc.).

The capital increase will bolster its growth of recent years in both its primary sectors (pharmaceutical
industry, luxury, medical devices) and in new sectors like electronics.

LASEA S.A. l Liège Science Park l Rue des Chasseurs Ardennais 10 l 4031 Angleur l BELGIQUE 2 / 3
“With this capital-raising operation, the biggest since LASEA was founded, we are giving ourselves the
means to match our ambitions. Our strategy is to further strengthen our commercial presence in our
various countries while pursuing our cutting-edge technological developments in laser micromachining.

To achieve our goals, we are going to extend our campaigns to recruit new talent and to seek synergies
with other companies in our market niches”, Axl Kupisiewicz, Lasea CEO stated.

To support this new development phase, a new building in the Liège Science Park will come on-stream in
June 2020. The 4,000 m² of office and production space (workshops and clean rooms) will allow the
current production capacity to be multiplied by three. This investment is covered by a loan of 7 million
euros from BNP Paribas Fortis and Belfius. 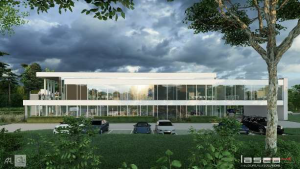 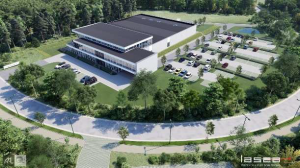 Benoît Fellin, Investment Manager at the Noshaq Group: “We have backed LASEA in all its development
stages, since it was founded in 1999. Today, and starting at Liège, LASEA is acknowledged internationally
for its very specific expertise. We are therefore very enthusiastic about taking part in this operation.
These new resources will allow LASEA to continue to grow.”

Pierre Paraire, responsible for handling the matter at SRIW: “The entrepreneurial ability of the founder,
an innovation strategy translated into a product strategy, international deployment, the level of
qualification of human resources, etc. All these factors have led SRIW to reaffirming its shareholder’s
support for LASEA by taking part in this new capital-raising operation”
Philippe Degeer, Investment Manager at Epimède: “We are delighted once again to have established a
partnership with LASEA and other key investment funds to support this ambitious growth project. Our
goal is to help the company grow and enable it to reach a higher level. We have full confidence in the
ability of the LASEA team to offer exceptional performance in the future and are delighted to be part of
this project.”

The equity capital-raising operation will allow the company to initiate a new development phase, to
accelerate sales and to continue a process of industrializing new products stemming from its major
research programs.
These new resources will be used to:

About LASEA:
Founded in 1999, LASEA supplies production lines to the most prestigious companies in the world
including the top 3 Swiss watchmakers, leading glasses manufacturers, the pharmaceutical and medical
industry (intra-ocular and cochlear implants), as well as several big names of Silicon Valley. Active in 27
countries and on 4 continents, it has already installed more than 300 machines worldwide (production
systems and lines operating 24 hours a day). In addition to its headquarters in Belgium (Liège Science
Park), it has subsidiaries in Bordeaux, San Diego and Biel. It employs 80 people and owns a 25% stake in
CISEO (formerly WOW group) with CITIUS and UNISENSOR.

LASEA has been a finalist in the competition of the Promising Enterprise of the Year (EY), is part of the
50 fastest-growing companies in Belgium (Fast 50 – Deloitte) and has won various awards including the
Wallonia Export Grand Prix 2018 (AWEX) and the Micron d’Or 2018 (Machine-tools
category). www.lasea.com

About Noshaq:
Noshaq is the financial partner of reference for the creation and development of SMEs in the Liège
region. Over the years, Noshaq has developed a panel of funding vehicles in line with market needs and
trends and with its strategy. www.noshaq.be

About SRIW:
S.R.I.W. develops a wide range of customised solutions to support business creation, development
through innovation or investment, internal and external growth, the creation of subsidiaries in Wallonia,
Belgium or abroad, winning new markets, etc. The value of its shareholdings currently exceeds 2.2 billion
euros. www.sriw.be

About Epimède:
Epimède Capital is an investment fund targeting small and medium-sized enterprises with high growth
potential in the technology sector. www.epimede.com